Home Things To Do Outdoor 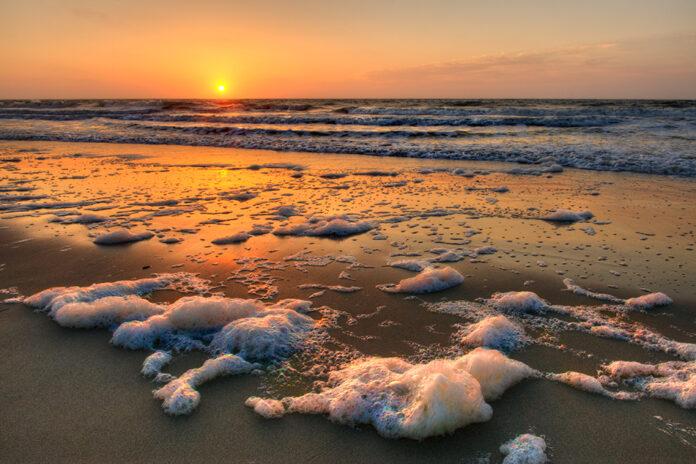 With the influx of tidal waters from the Cape Fear River beach or sea foam is occasionally more pronounced on Pleasure Island as compared to other coastal towns. towns.

The scientific name is “spume” and it can appear white, yellow or even red and brown. White sea foam, which is the most common type, occurs naturally as Dissolved organic matter (DOM)  breaks down in the ocean. Have no fear – It is actually a sign of a healthy coast.

It forms because the ocean’s currents are always on the move. When the organic matter mixes with the water, a foamy substance is created. The wind and waves pushes it to shore where it rests along the beach.

When the right conditions are present, large blooms of algae decays and creates an abundance of organic matter. This type of sea foam, while not as common, can contain toxins that are sometimes harmful to sea life, animals and humans. Often, this type of sea foam is brown or red.

Large areas of white sea foam, on the other hand, usually coincides with storms and strong surf and is nothing to worry about. Long-lasting sea foam can sometimes mean that the water isn’t pure, but that doesn’t mean that it’s toxic.

There are no upcoming events.